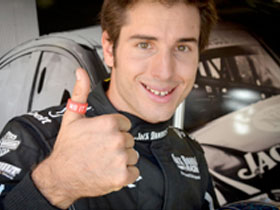 An alarming 45 per cent of Australians have admitted to texting while driving with 30 per cent of these drivers believing they are capable of doing both, according to the latest Telstra ‘Drive Safe, Phone Safe’ research released today.

The study found that the message is not getting through to Australian drivers and the situation is worsening with research revealing a 12 per cent increase in drivers sending text messages compared to January 2010.

The results have prompted Telstra to launch a new national driver safety education program, M8 IT CAN W8, to discourage drivers from the dangerous practice of texting behind the wheel.

Telstra Group Managing Director Kate McKenzie said the campaign’s first goal was to encourage at least 50,000 Australians to commit to break their dangerous texting and driving habits by Fatality Free Friday on May 27.

“Despite the dangers, drivers continue to put themselves, their friends, motorists and other road users at risk at an increasing rate,” Ms McKenzie said.

The initiative is backed by V8 Supercars, with CEO Martin Whitaker saying: “Safe driving on and off the track is a priority for V8 Supercars. We are joining with Telstra to urge V8 fans and the wider community to get behind M8 IT CAN W8 and tell their mates to wait until it’s safe to text.”

To encourage Aussies to spread the word that texting can wait until the driving is over, Telstra is handing out 50,000 thumb bands at V8 events around Australia this year. Australians can also become a ‘Thumb Banned’ ambassador and order their free bands online at M8ITCANW8.com.

“While we all want to read our texts as soon as they come in, no text is that important it can’t wait until it’s safe,” Mr Kelly said. “Drivers need to let incoming texts wait and educate their mates not to expect an immediate response if they text when they know you’re driving. Quite simply, your mates can wait.”

“Collectively, we can encourage Aussies to change their behaviour, and reduce the number of accidents caused by texting when driving,” Ms McKenzie said. “The simple message to all those who are texting and driving is M8 IT CAN W8.”

As part of Telstra’s driver safety program, Australians can participate in an interactive questionnaire at M8ITCANW8.com and take part in the online skills test, ‘The Science of Why’, which demonstrates how the human brain cannot adequately perform two