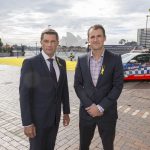 Despite road trauma being the number one killer of children aged 14 and under, and the second highest killer of young people aged under 24, new research has put the spotlight on risky driver behaviour and the need for further education.

Released by the Australian Road Safety Foundation (ARSF) in the lead up to Fatality Free Friday (31 May), the research reveals that not even having children in the car is a deterrent for drivers taking risks on the road.[1]

Worryingly, more than half of Australian parents admit to breaking road laws or undertaking risky behaviour. Added to this, one in five parents admit to taking the same risks when driving a vehicle occupied by someone else’s children.

More alarming still, the research showed that one third of parents admit that they have driven over the legal alcohol limit, compared to one quarter of Australians without children who say they have never committed this dangerous behaviour.

And when it came to speeding on a regular basis, parents of children and young people aged under 24 years rated the worst. In fact, three in four (75%) admit to this life-threatening behaviour, compared to 67 per cent of those without any children.

ARSF founder and CEO Russell White warned that the research indicated that complacency may have stemmed from the fact that road safety was not rating as life threatening as other potential safety issues.

For example, according to the research, parents whose children are under the age of 24 are five times more likely to secure fences around the backyard pool than they are to ensure the safety of their vehicle.

Leading road safety advocate Mr White said this was just the tip of the iceberg, with risky road behaviour, for parents and non-parents alike, continuing to climb when driving solo – no matter who was waiting for them at home.

“While parents are most guilty of bad behaviour with children in the car, the majority of Australian drivers seem to believe it is acceptable to take even greater risks if it’s just themselves in the car,” Mr White said.

“However, the stark reality is that any time you take a risk behind the wheel, you are putting the lives of every motorist, passenger, cyclist and pedestrian around you at risk.

“The research shows that when we’re driving alone, the likelihood of taking a risk increases by 16 per cent, with men more likely than women to take risks behind the wheel.

“It’s imperative we stamp out the idea that it’s just drivers who suffer the consequences of road risk taking. There’s no room for complacency and all lives must be top of mind for road users.”

The research has been released as the ARSF calls on individuals to make their Fatality Free Friday pledge online, or at one of the many public signing events across the country.

Road users are encouraged to #ChooseRoadSafety and demonstrate their commitment to reducing the nation’s road toll by adding the Fatality Free Friday pledge to their Facebook page: http://www.isupportcause.com/campaign/fatality-free-friday

[1] Research conducted by Pure Profile on behalf of the Australian Road Safety Foundation, April 2019, n=1001 nationally representative by gender, age and location of Australian drivers aged 18 years and over. Parents defined as having one or more offspring considered currently independent if aged 24 years and older or currently dependent if aged under 24 years.