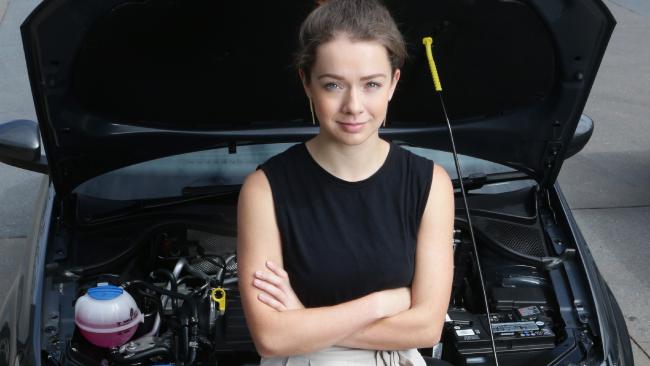 QUEENSLAND drivers are the biggest dipsticks in the nation with more people than in any other state admitting to driving deathtrap cars in a bid to save a dollar.

And half the population who drive more advanced automated vehicles are so clueless, they think the car looks after itself — never checking basics such as oil, water or tyre pressure until a warning flashes on the dash.

The deadly combination of ignorance and penny-pinching is highlighted in exclusive data released today.

“In an age when our roads are saturated with vehicles, it is worrying that the majority of car owners simply do not care about their own safety or that of other drivers,” Australian Road Safety Foundation CEO Russell White said.

The research — commissioned ahead of Tread Safely Week’s east coast roadshow, which kicks off in Queensland today — reveals 55 per cent of drivers admit to driving on unsafe tyres due to a lack of money, a lack of time and a lack of concern.

More than half of drivers are unaware that illegal tyre tread depth can deem their car insurance invalid.

“The results show that half the population believe it is sufficient to wait for either a warning light or a mechanic to advise of any car concerns.”

The research also reveals that the 18-44 age bracket had the fewest vehicle owners with the know-how to check tyre tread depth, tyre pressure and oil levels, or the ability to top up water, wiper wash, or change a flat tyre.

“We need drivers to shift their focus and remember that they’re actually controlling a two-tonne weapon which is only connected to the road by four bits of rubber about the size of a handprint,” Mr White said.

Nicola Watkins, 21, from Hendra, services her car every six months.

“I’m no expert but I do know where water and oil goes. I have never changed a tyre, but I think I could if I had to,” she said