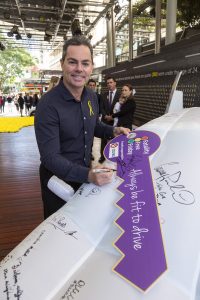 There should never be an excuse to take risks on or around our roads. Sadly, many Australians still do and the complacency of fewer cars on the road during coronavirus is driving more dangerous behaviour:

Speed is already the most common form of bad driving behaviour, but it’s just one of many risks that together are creating an unacceptable amount of risk for road users:

In fact, not even having a child in the car is a deterrent to taking risks on the road:

There is an obvious need for the community to take ownership of road safety in order to reduce the road toll:

Males, who make up two thirds of the total road toll, continue to take the biggest risks on the road: