UNITED NATIONS SUPPORTS THE CALL FOR A DECADE OF ACTION 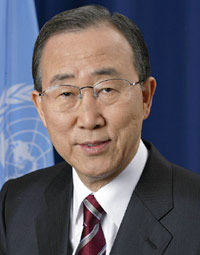 UN Secretary General Ban Ki Moon has encouraged member governments to “support efforts to establish a decade of action” in a report on global road safety to the UN General Assembly.

In his official report to the United Nations, Ban Ki Moon warns that road traffic injuries “continue to threaten health and development gains around the world, with devastating impacts on individuals, families, communities and society.”

He points out that in some world regions, road crashes are already the leading cause of death for the most economically productive age group between 15 and 44 years of age.

The UN Secretary General notes the high level support for the proposed Decade of Action, including Heads of State on three continents, as well as public figures such as Bill Clinton and Desmond Tutu.

His report also urged that “an ambitious road safety vision is needed globally, regionally and within countries”.

These statements highlight the urgent need for the establishment of a national agency to play a major role in creating a new paradigm for the future of road safety.

Not only here in Australia but internationally as well.

It is clear that the time has come for a road safety foundation that will provide a vehicle for a new approach to reducing road trauma.

It also provides an umbrella organization for other road safety programs and community groups to align with.